Montréal, Canada - August 29, 2016.   Today Canadian Internet of Things startup reelyActive unveiled Sniffypedia, an open, collaborative repository of radio-identifiable (or sniffable) things, represented as structured data. The project, hosted at sniffypedia.org, aims to bridge the gap between the billions of radio-identifiable "things" on the planet today and the relevant information about them, distributed across the web. In other words, Sniffypedia is like a phone book for the IoT: an exhaustive list of numbers associated with meaningful profiles.

"There's an incredible number of Bluetooth Low Energy (BLE) devices regularly transmitting information" said Jeffrey Dungen, co-founder and CEO of reelyActive, "everything from wearables to set top boxes to smart phones. This real-time information that pervades the spaces in which we live, work and play is today almost completely ignored". He suggested "why not harness this free information and put it to good use?"

Last year reelyActive released advlib, an open source library for decoding low-power radio transmissions, and published their work at the IEEE World Forum on IoT in Milan, Italy. Sniffypedia is the next logical step, linking the decoded information to the world wide web. The project is open source for the same reasons as advlib, to facilitate contributions from, and access to, the global community.

While the Internet of Things remains a nebulous concept for many, Dungen favours the definition of computers understanding the physical world, without the need for human-entered data [video]. He argues that with structured, linked data about every "thing" that's identifiable, technology becomes increasingly contextually aware, and can reduce inefficiencies and improve human experiences. The project uses the same structured data format championed by Google and other search engines.

Curiously, the long-term metric of success for the project is not its growth but rather its shrinkage. The stated goal is to have only one file remain: the index. Its structured data is expected to migrate to the servers of the concerned product manufacturers and service operators, where it normally belongs. Sniffypedia is intended as a catalyst, evangelising the potential of linked data in the context of the IoT.

At launch, the Sniffypedia project contains entries of 23 products and 10 organizations which represent the BLE devices most routinely detected, including the family of Fitbit wearables, Apple phones and home devices, and beacons from top vendors. reelyActive have baked Sniffypedia into their core product and will continue to advance the project. Outside contributions are welcome not only for BLE, but particularly for the GS1 UHF Gen2 specification championed by the RAIN RFID alliance for long range passive identification. Some industry experts predict the latter will ship over 10 billion devices this year. In comparison, annual Bluetooth-enabled shipments are on the order of 3 billion devices, of which an increasing proportion support BLE.

Founded in Montréal, Canada in 2012, reelyActive has been a pioneer in Smart Spaces technology for the Internet of Things. Winners of a global startup competition in 2013, they continue to distinguish themselves by their publish-not-patent strategy and their commitment to open source software development within a partner ecosystem. Their objective is to reappropriate the platforms of the digital web to the real world, levelling the playing field between online and offline, and unlocking massive value for those on all sides. 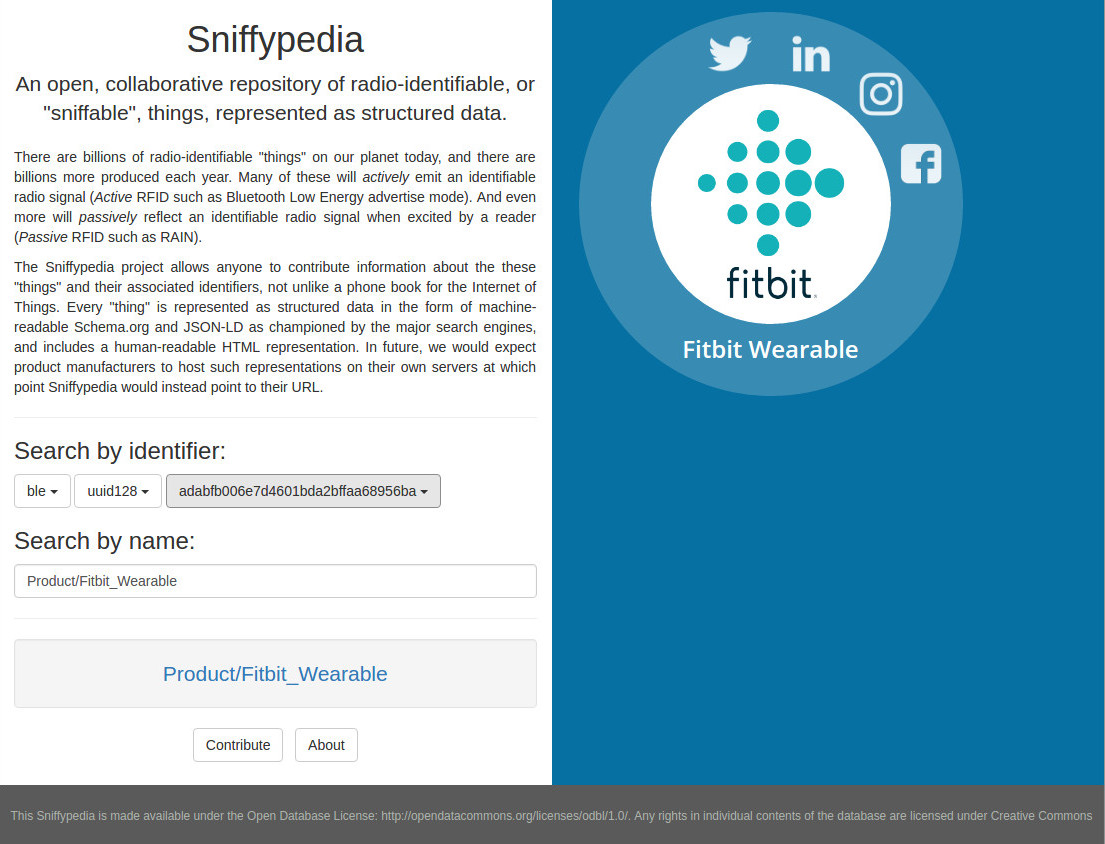